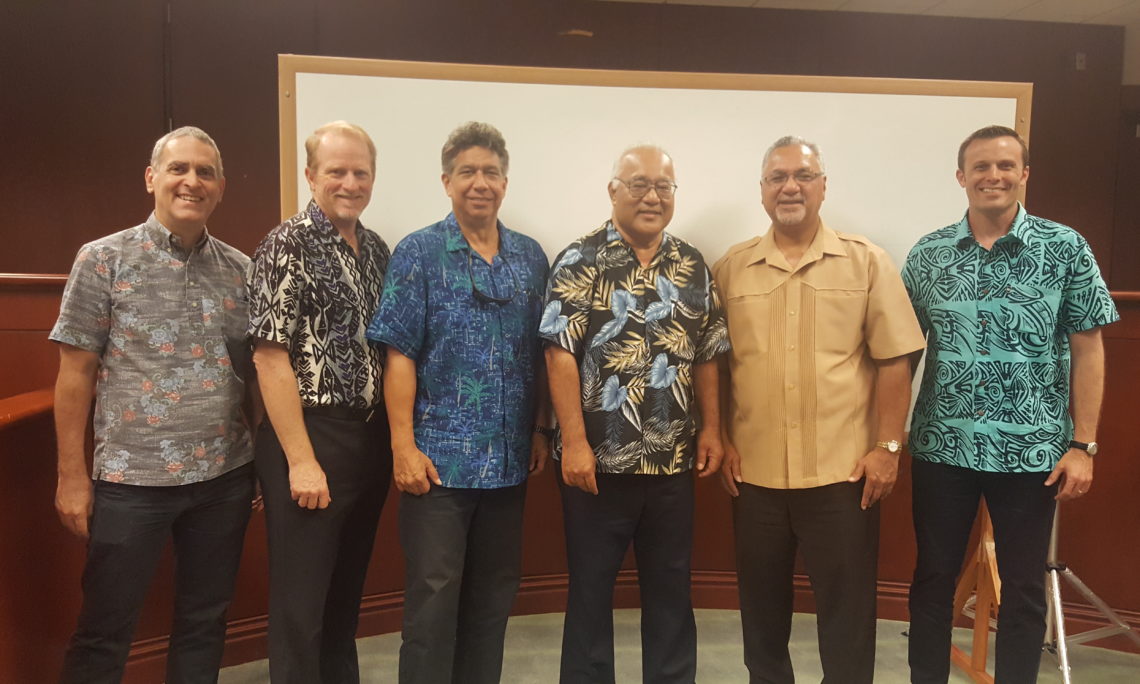 Honolulu, HI (September 6, 2017) – The Federated States of Micronesia (FSM) and the United States bilateral Joint Economic Management Committee (JEMCO) annual meeting took place Wednesday, August 30, 2017, in Honolulu, Hawaii.  The Committee members jointly allocated $61 million for the sectors of health, education, public sector capacity building, private sector development, environment and public sector infrastructure as identified under the Compact of Free Association, as amended, for the benefit of the people of the FSM.  The JEMCO promotes the effective use of funding under the Compact, as amended, and provides the opportunity for FSM and U.S. officials to discuss priorities regarding this funding and how best to achieve them.

“The JEMCO meetings this year were productive,” said JEMCO Chairman and Acting Assistant Secretary for Insular Areas Nik Pula. “I am especially pleased to see the FSM and the Army Corps of Engineers collaborating to strengthen the infrastructure program and project management practices.”

The JEMCO members from both the FSM and the U.S. governments:

The JEMCO will reconvene for its mid-year meeting in the Spring of 2018.  The JEMCO members are Chairman Nikolao Pula (U.S.- Department of the Interior), Vice Chairman Lorin Robert (FSM – Secretary of Foreign Affairs), Leo Falcam Jr.  (FSM – Chief of Staff to the President), William Gallo (U.S. – Health and Human Services), and Philip Roskamp (U.S. –  State Department).