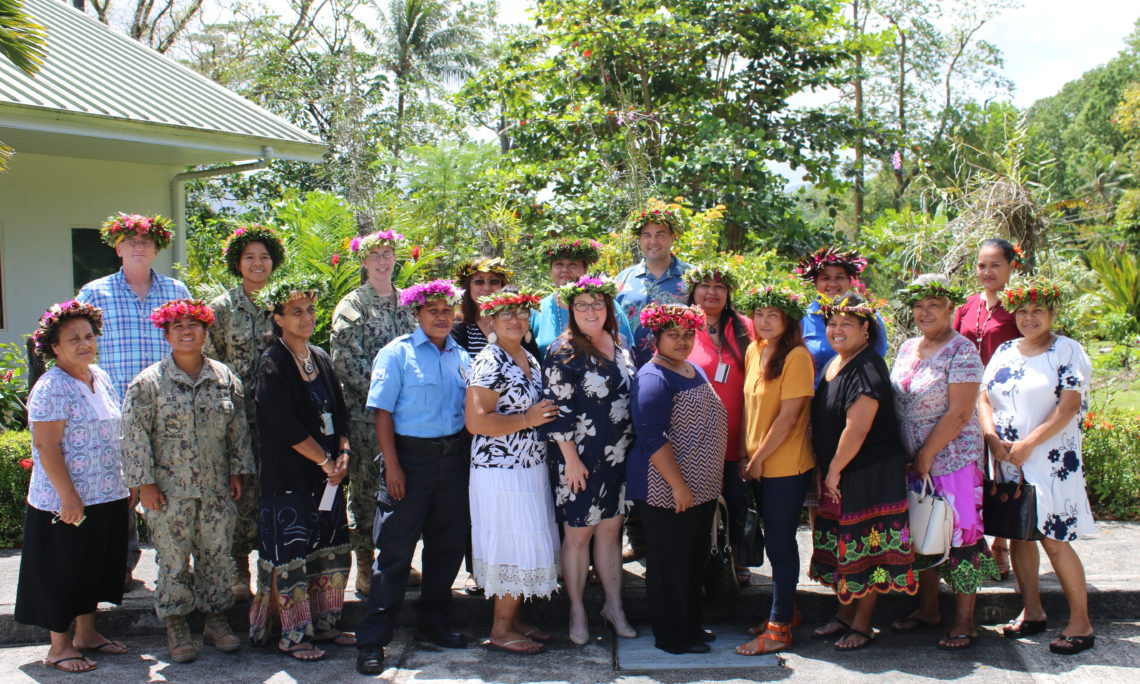 On Friday, March 6, 2020 in honor of International Women’s Day, U.S. Embassy Kolonia hosted lunch for women from the FSM who had enlisted in the U.S. Armed Forces.

Embassy staff thanked the veterans for serving as role models for their commitment to promote peace, security, and humanitarian efforts around the world.

The attendees included women who had enlisted over the past thirty years including Ms. Merins Hadley Race, a National Guard medic, one of the first women from the FSM to enlist in the U.S. Armed Forces. “Thirty-three years ago, I enlisted because I wanted to show the world that Pacific women can join the military, too,” said Merins. Other veterans mentioned that the U.S. Armed Forced has furthered their educational goals through the GI Bill.

The United States stands committed to promote women and girl’s empowerment throughout the FSM.