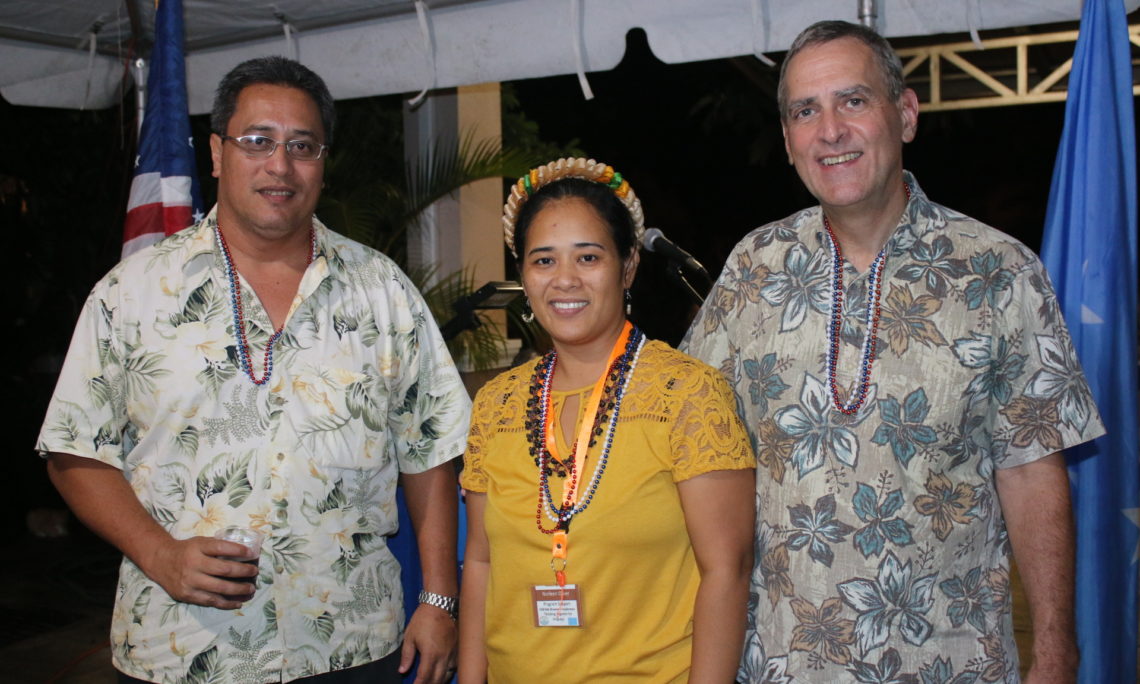 On August 27-31, 2018 Pohnpei State hosted the 8th FSM National Women’s Conference with a theme of “Working Together for Progress”. Over 300 women and men from all FSM states attended the event. The Conference’s goal included increased support for social development that is inclusive of women across FSM. The dialogues ranged from Women’s Political Participation, Women’s Economic Empowerment, Gender Based Violence & Health related topics.

Ms. Myjolynne Kim, PHD candidate at Australian National University who presented “I am a mother and that makes me a leader: Indigenous-articulations on Chuukese women”, and Ms. Dion Bernard Assistant Secretary, FSM Department of Justice (Human Anti-trafficking Program) who presented “Human Anti-trafficking” contributed interesting and helpful information. At the end of the presentations, the Embassy also featured a film presentation by Micronesian Productions entitled “FSM Women Pioneers.” This list of women included many successful FSM women who are forerunners in their professions.