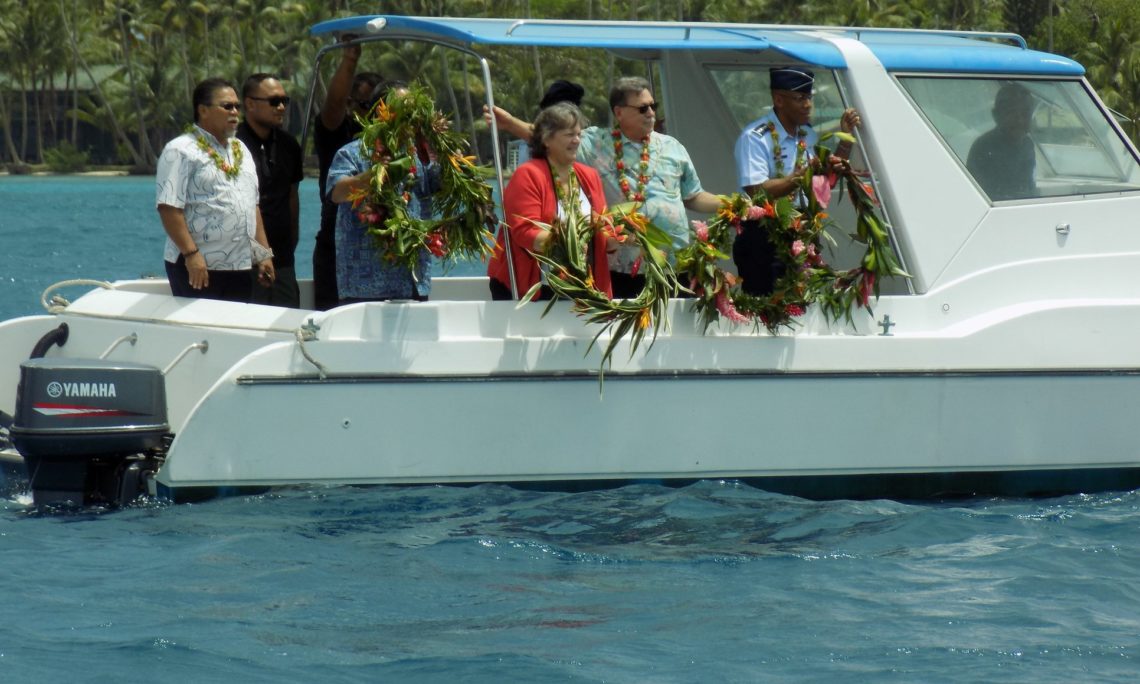 Also in attendance were FSM Speaker Wesley Simina, Secretary Lorin Robert Department of Foreign Affairs, FSM Government Officials, Speaker House of Senate Innocente Oneisom and members of the Chuuk State Government. General Charles Brown who currently serves as commander of Pacific Air Forces was the guest speaker at commemoration. In his remarks he stated “We remember the region’s instability during WWII & honor the legacy of the fallen by sharing a vision for the future…where by preserving their own sovereign choices, a small set of islands can have a big impact.”

After the commemoration the U.S. Delegation visited the Chuuk State seaport and Chuuk Public Utility Corporation Power Plant.  General Manager, Kembo Mida briefed the delegation on the success of the power plant and ongoing challenges to Chuuk’s water supply during the current drought. The wastewater treatment plant was overhauled recently with funds provided through the Compact Infrastructure Funding. Mida also expressed the need to improve power and water services to communities.

On February 17, 1944 the U.S. Navy launched Operation Hailstone on Japanese forces harbored in Chuuk Lagoon. Over two days, 45 Japanese ships and over 270 aircraft were destroyed and thousands of Japanese servicemen died. Americans and Micronesians also died in the fighting. This commemoration serves as a peacekeeping to all nations.