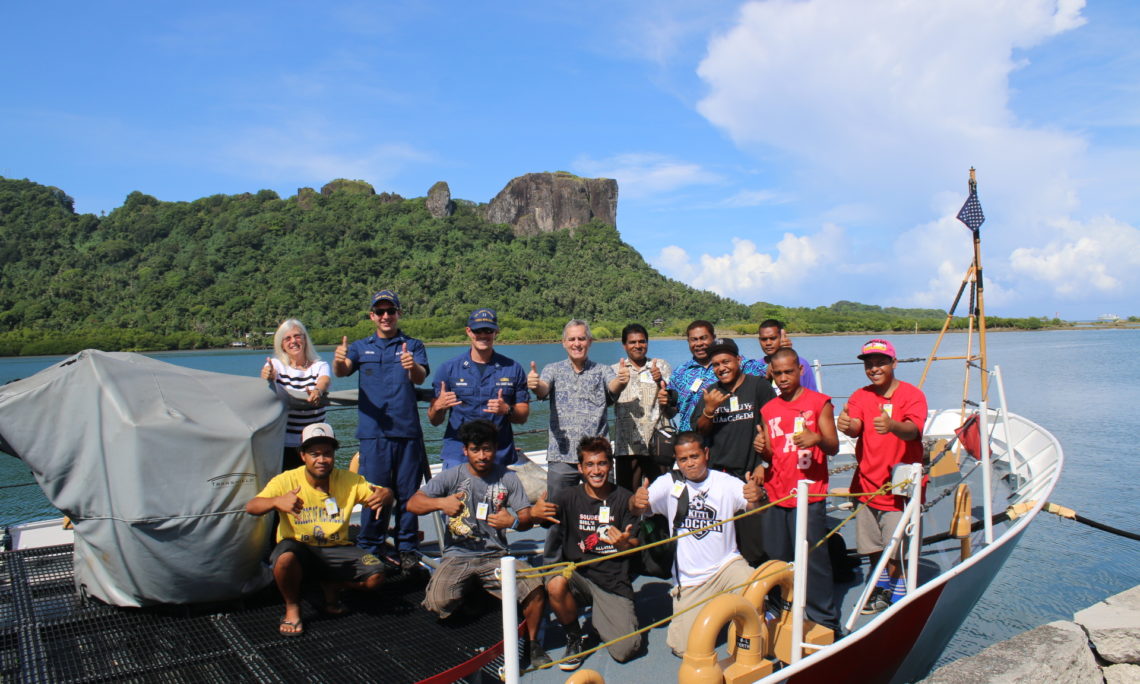 Guard District 14) to her new home base in Guam. The Kiska’s Coast Guard crew delivered sporting equipment to the Pohnpei Soccer Association, including basketballs, soccer balls, baseball equipment, and other recreational equipment.

During the handover of the sporting equipment, the soccer team was joined by Ambassador Robert Riley and Deputy Chief of Mission Joanne Cummings for a tour of the cutter with Commanding Officer Lt. Woody Shepherd. Speaking on behalf of Pohnpei Soccer Association, Coach Vasantha Senarathgoda thanked the USCG Kiska for its generous contribution to the Pohnpei Soccer Association.

The USCG Cutter Kiska will be based in Guam to assist with routine international security efforts in the region. Through the unique relationship between the Federated States of Micronesia and the United States, validated in the Compact of Free Association, the Coast Guard provides vital Search and Rescue (SAR) support. The USCG also conducts operations against Illegal, Unreported, and Unregulated (IUU) fishing and other security concerns. We thank you USCG Cutter Kiska for visiting Pohnpei and we hope to see you return soon!