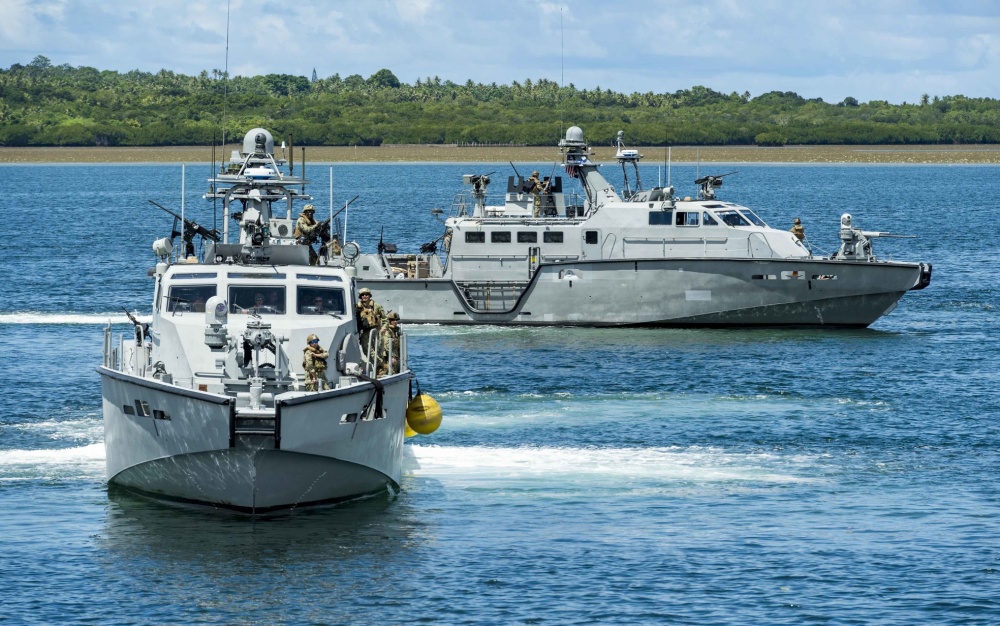 This visit allows CRS-2, assigned to Coastal Riverine Group (CRG) 1, Det. Guam, a chance to train with our Coast Guard partners and build upon existing training conducted in Guam and Commonwealth of Northern Marianas Island.

“Our Coastal Riverine Sailors will be able to enjoy some much needed down time in Yap, said CRS-2 Patrol Officer Lt. Max Duncan, a native of Ithaca, New York. “We have visited Yap multiple times this year, and were treated with the highest levels of hospitality. We hope to continue strengthening our bilateral relationship with Yap and the rest of FSM [Federated States of Micronesia]. Additionally, the opportunity to work with the United States Coast Guard in and around FSM continues to strengthen our inter-branch relationships and enable us to complete more significant operations in the future.”

“During our previous visit to Yap we asked the Yap State Police Chief if they needed any medical supplies,” said Hospital Corpsman 2nd Class Marcus Tschauner, a native of Suffolk, Virginia. “We used this opportunity to bring them the preventive medical supplies they needed. We gave them basic PPE [personal protective equipment] like gloves and face masks that will allow them to be protected while taking care of emergency patients.”

The Yap State Police Chief, Daniel G. Ramngen, said that he was thankful for the supplies the CRS-2 Sailors gave them and the life support training they provided for them during the last visit to Yap.

“The life support training they [CRS-2 Sailors] provided during the last trip, helped us keep a recent suicide victim alive,” said Ramangen. “I am thankful to the Navy for everything, I hope we can keep this relationship going strong for many years.”

The Mark VI patrol boat is an integral part of the expeditionary forces support to 7th Fleet, capability of supporting myriad of missions throughout the Indo-Pacific.

Since Navy Expeditionary Forces Command Pacific’s (NEFCPAC) creation in January 2015, expeditionary forces in the Commonwealth of the Northern Mariana Islands (CNMI) region have become completely integrated into the seventh fleet combat readiness scheme and have built and maintained multinational partnerships that have been providing regional stability and security for more than seventy years.