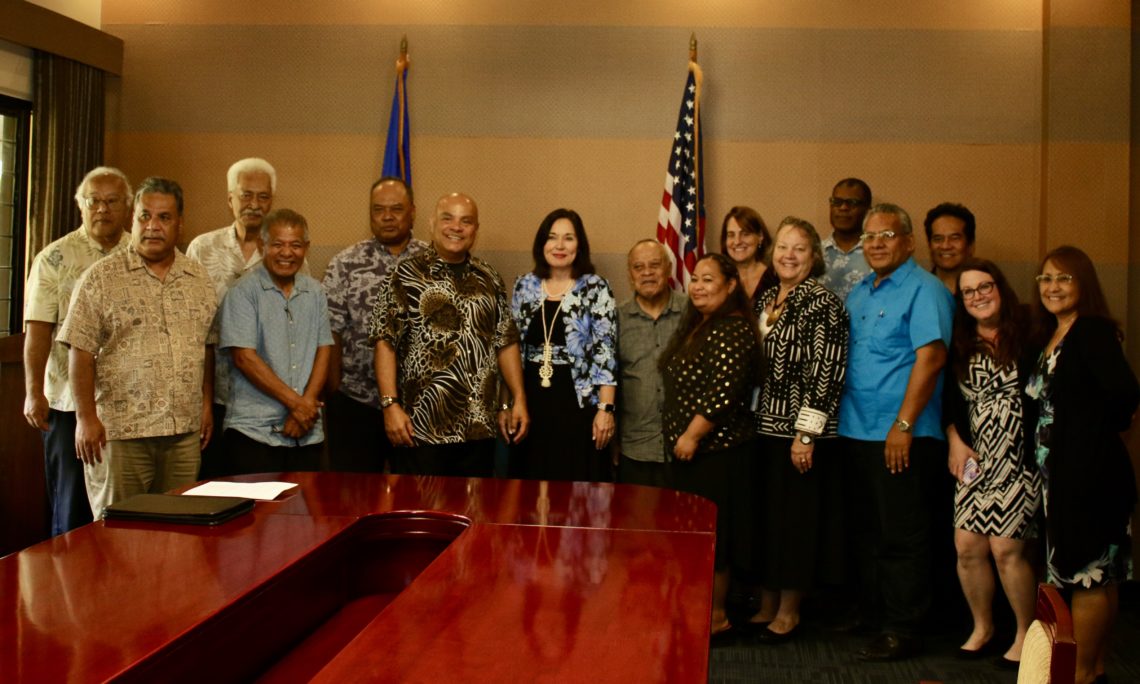 Prior to joining the U.S. Department of State, Ambassador Cantor worked in U.S. federal government positions at the Federal Maritime Commission, the Foreign Agricultural Service and at the U.S. Postal Service.

In her address to President Panuelo, Ambassador Cantor shared her excitement about experiencing the culture and visiting the rest of the FSM. She shared with him that upon her arrival into Pohnpei the previous day, she noted the similarities in vegetation and topography between Puerto Rico and Pohnpei and felt almost as if she were coming home.

Ambassador Cantor talked with President Panuelo about the United States’ willingness to defend the FSM against the threats posed by transnational crime, terrorism, and illegal fishing in its 1.3 million square mile Exclusive Economic Zone (EEZ), and about the shared goal of promoting a free and open Indo-Pacific region.

Following Ambassador Cantor’s remarks, President Panuelo reiterated his statement from his inaugural address, that the United States is FSM’s closest ally and partner. “We are super delighted to welcome you to our country. With the wealth of experience that you do have, I am more than confident that you will uphold our relationship between our two countries.”