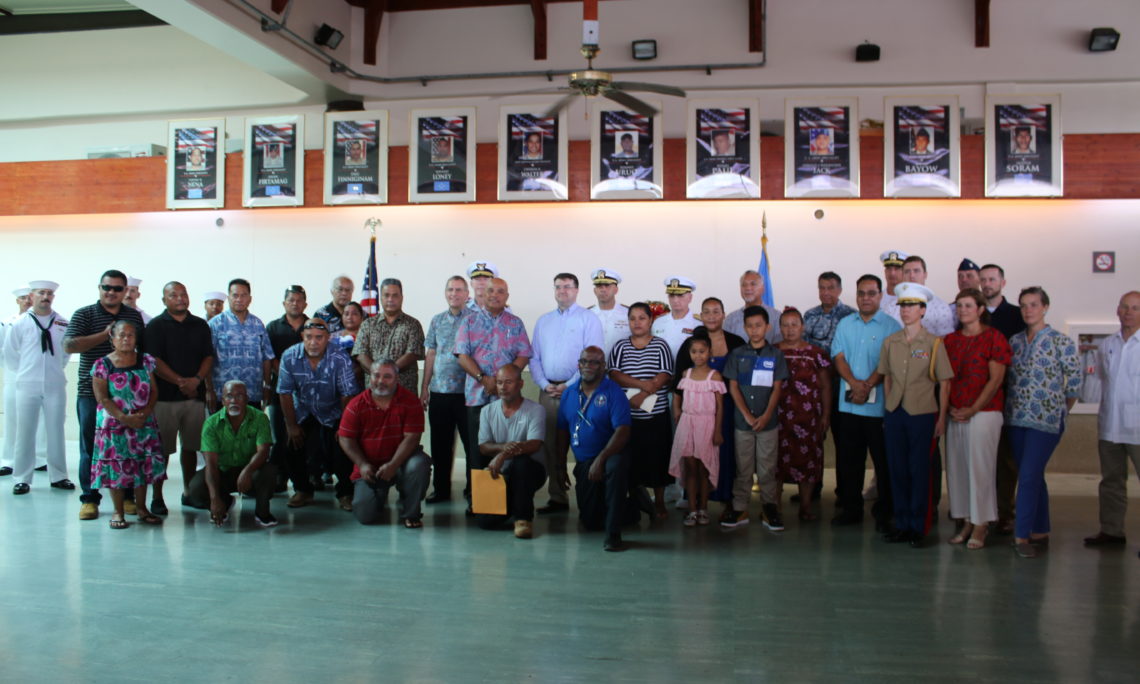 In conjunction with the inauguration on July 29, 2019 of the new President of Federated States of Micronesia (FSM), His Excellency David W. Panuelo and returning Vice President Yosiwo P. George, a U.S. delegation,

led by U.S. Secretary of Veterans Affairs Robert Wilkie, visited Pohnpei to conduct a wreath laying ceremony to commemorate fallen heroes from the FSM. Following the wreath laying ceremony, Secretary Wilkie participated in a Town Hall with FSM veterans to discuss accessibility to veteran’s benefits in the FSM. The town hall allowed FSM veterans the opportunity to raise issues and concerns about benefits and overall support for veterans in the Pacific Islands who have served in the military.

Almost 100 veterans and family members attended the Town Hall, where Secretary Wilkie and Ambassador Riley thanked the veterans for their service and answered questions about benefits and services. FSM citizens who serve in the U.S. Armed Forces have the highest enlistment rate among all U.S. states.