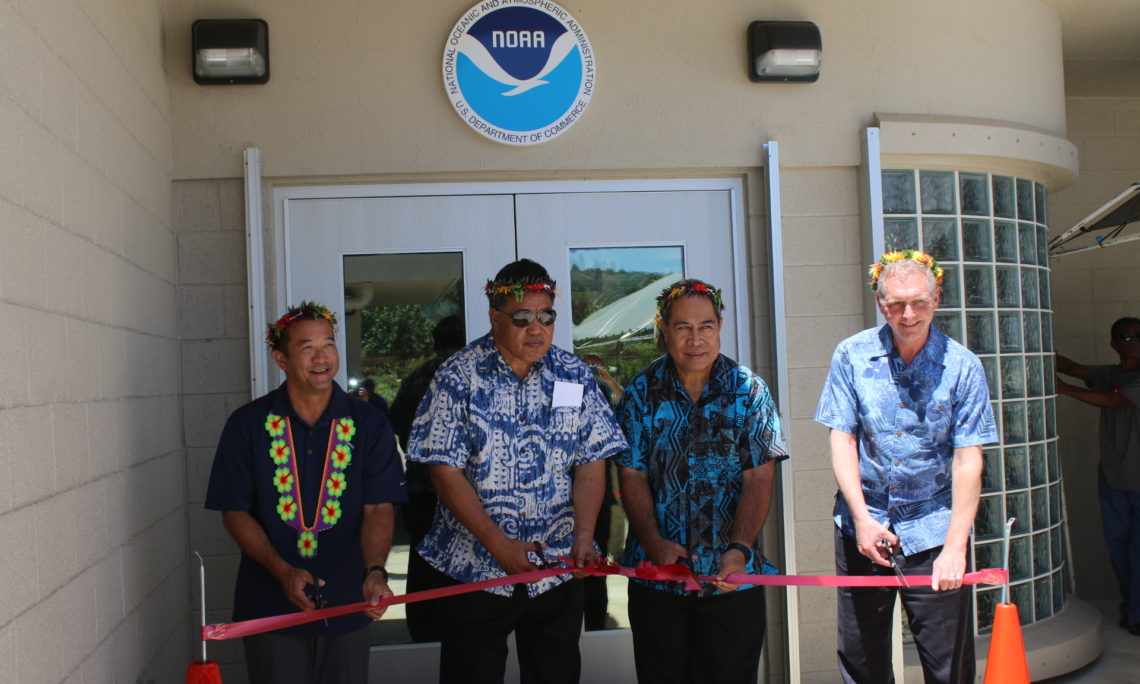 On February 15, 2019, the U.S. National Oceanic Atmospheric Administration (NOAA) substation in Weno, Chuuk held a ribbon cutting ceremony for their newly refurbished building. The facility served as a working station for over 10 staff members. The refurbishment included a kitchenette, office space, a conference room, toilet facilities and additional space for data equipment.

During the ceremony Charles “Chip” Guard announced that one of the biggest challenges for the state of Chuuk was the inter-island travel. One of the services they hope to provide citizens of Chuuk is wave data within the lagoon and hopefully in the future add data outside the lagoon. This service will benefit boat operators and travelers and promote safe commutes to the outer-islands.