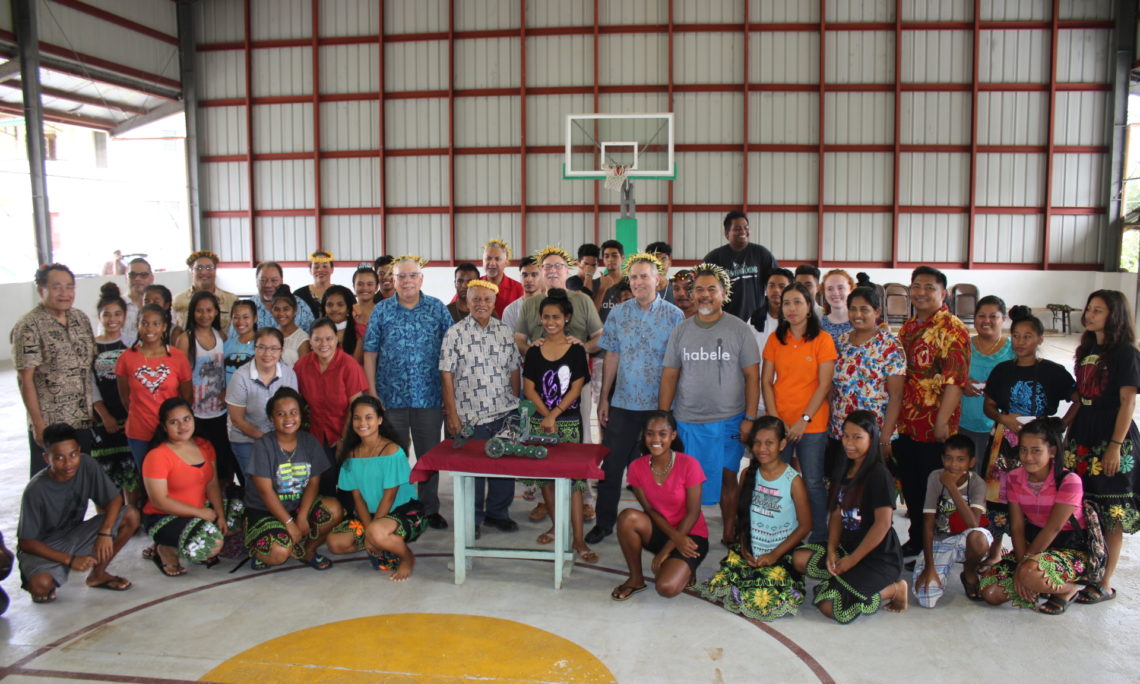 POHNPEI – While on an official visit to Pohnpei in the Federated States of Micronesia (FSM), Doug Domenech, Assistant Secretary of the Interior for Insular and International Affairs announced a $241,675 technical assistance grant for continuation of the Yap Robo League and expansion to include students from the islands of Weno (Chuuk) and Pohnpei in the Federated States of Micronesia for academic year 2018-2019.  Part of today’s ceremony celebrated the success of Robo Day held in Yap this year and the extension of the program to Chuuk and Pohnpei next year.

“Interior Secretary Ryan Zinke and I are pleased to be a part of inspiring creative and technological innovation in students in the Federated States of Micronesia and are encouraged to know that there has been support from the FSM Congress and private sector alike for this program,” said Assistant Secretary Domenech.  “The fact that you are returning unspent funds to us today reminds us that partnerships are often more important than money when it comes to creating effective programs and successful outcomes,” continued Domenech.

At the ceremony, the Assistant Secretary was granted a check in return in the amount of $1,569.01 as last year’s Robo League Day was successfully completed under budget.

“On behalf of Habele, the schools, administrators, and students who took part in Yap Robo Day May 2018, we thank you for investing in this opportunity to expand this program for students across Micronesia,” said Larry Raigetal.  “With support from many other partners, both public and private sector, we were able to carry out the year-long work and end-of-year Robo Day championship program under budget,” remarked Larry Raigetal.  “As a token of our appreciation and respect for the support of the American taxpayer and the U.S. Government, we are proud to return $1,569.01 as a demonstration of our good stewardship.

The Yap Robo League, organized and hosted by U.S. non-profit organization Habele Outer Islands Education Fund, was established in 2011 and turned into a statewide league in 2018.

Habele is a U.S.-based nonprofit organization dedicated to the advancement of educational opportunities for students in the remote islands and atolls of Micronesia, a former U.S. administered trust territory in the Western Pacific.  Habele provides support to low-income students across Micronesia, including K-12 tuition scholarships for students attending non-public schools, donations of books to public schools and libraries, development of local language materials, and organization and support of after school clubs, such as the Robo League.

Funding support for the Robo League program is made available through the Office of Insular Affairs’ Technical Assistance Program.