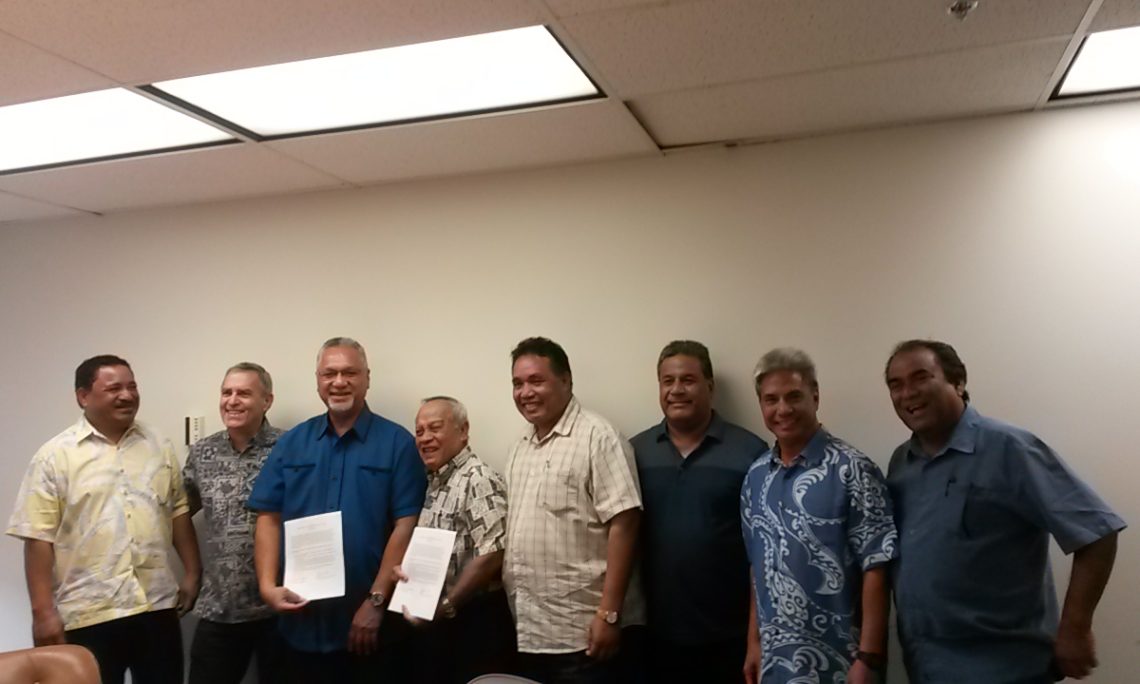 HONOLULU, HI (June 30, 2017) – Delegations representing the Federated States of Micronesia (FSM) and the United States of America (U.S.) reached an agreement that enables $150 million of public infrastructure assistance to be used for projects across the four FSM states of Chuuk, Pohnpei, Yap, and Kosrae, as provided for under U.S. Public Law 108-188 or the Compact of Free Association, as amended.

The delegations met in Honolulu, Hawaii on June 28 – 29, 2017, to discuss issues related to the provision of public infrastructure grant assistance provided to the FSM under the Amended Compact of Free Association between the two governments.  The meeting was held to address and resolve concerns that led to the U.S. Government’s April 27, 2017, suspension of Compact infrastructure sector grants.

“It is fair to say that both the FSM and the U.S. delegates are eager to see the FSM move forward and utilize this funding” said Interior Acting Assistant Secretary for Insular Areas Nikolao Pula. “As Compact grant funding was intended to provide a very real and tangible benefit for the people of the Federated States of Micronesia, we don’t want to see any further delay.”

“I am pleased to have led discussions for the FSM on behalf of President Peter Christian as well as our State government leadership,” said FSM Vice President Yosiwo George. “There are critical infrastructure needs in the FSM that we can now begin to address.  The assistance provided for under the terms of the Compact of Free Association provides for the socio-economic development of our people and the mutual benefit of our peoples.”

The FSM and the U.S. have agreed to the following:

The specific terms of this engagement and related costs will be developed in the coming weeks between the government of the FSM and the U.S. Army Corps of Engineers on mutually agreed terms.

In April, Acting Deputy Secretary of the Interior Jim Cason, as Delegated Authority, had temporarily suspended the public infrastructure funds under the Compact until the FSM and the U.S. could mutually agree upon a process for the management and implementation of the funds. The Department of the Interior is the agency authorized by the U.S. Congress to administer grant funding under the Compact of Free Association to the Federated States of Micronesia.