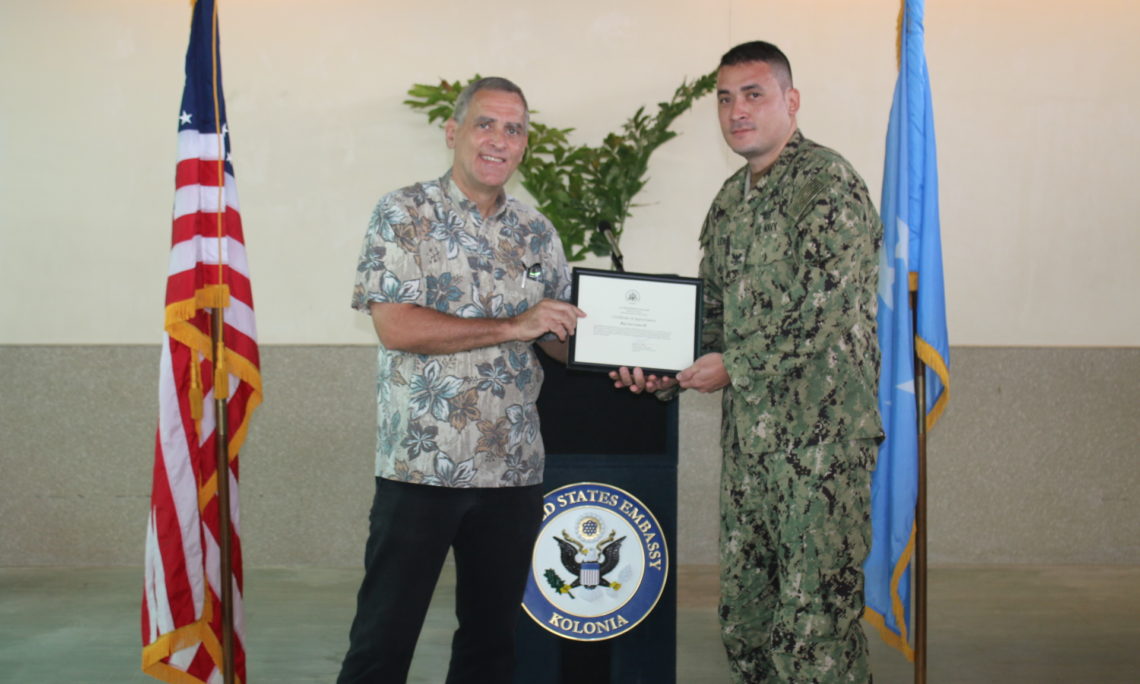 Timothy Horton, Civic Construction Action Detail Liaison Officer at the U.S. Embassy Kolonia, administered the oath of enlistment. LT. Horton also recognized BU2 Lowe for serving in the U.S. Navy for fifteen years and thanked him for continuing to honor that pledge.

BU2 Lowe, from Pohnpei, Micronesia, enlisted in the U.S. Navy in 2005 and attended boot camp at Great Lakes, Illinois. He has completed five deployments and been to twenty-three different countries during his fifteen years of service. Following the oath of enlistment, Ambassador Robert A. Riley spoke at the ceremony, emphasizing the unique relationship between the United States and the Federated States of Micronesia (FSM), exemplified by FSM citizen BU2 Lowe’sservice in the U.S. military. FSM Department of Foreign Affairs Assistant Secretary for American and European Affairs Ricky Cantero stated that “we appreciate the efforts that were made to recognize the reenlistment ceremony in Pohnpei for one person. This shows the commitment that, regardless whether it is one person or five hundred people enlisting, it is significant to highlight the commitment that’s made today.”

The Compact of Free Association enables Micronesian citizens to serve in the U.S. Armed Forces, which they have done honorably since WWII. Congratulations BU2 Lowe and we thank you and your family for the continued sacrifice.