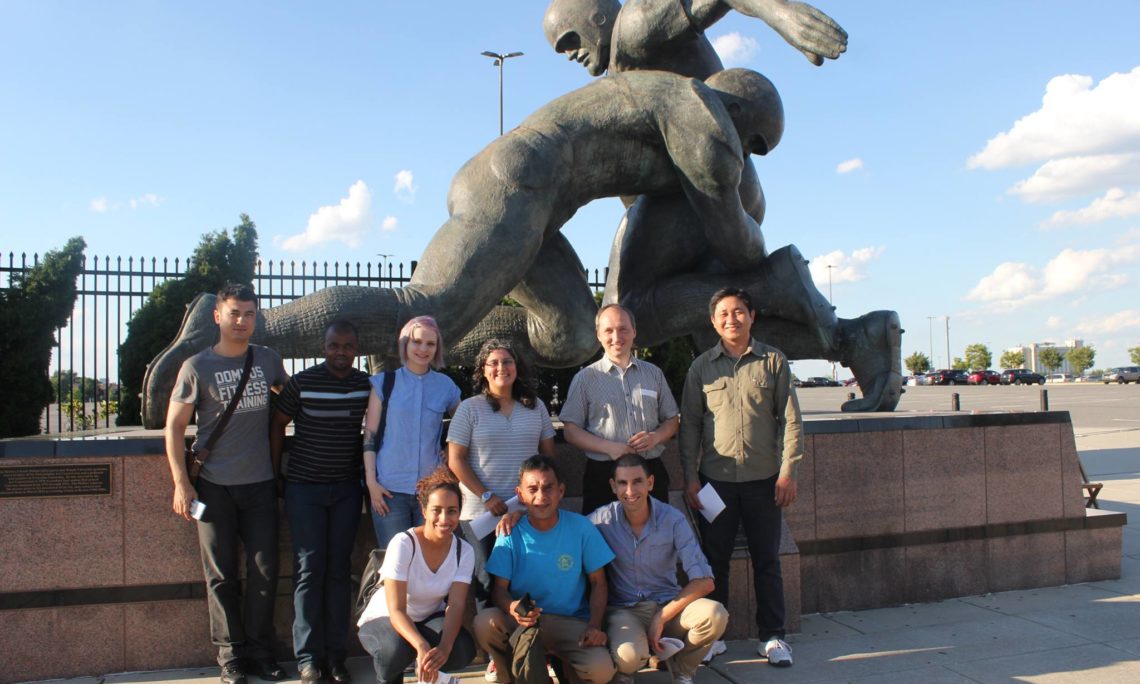 Mr. Augustine Kohler from the state of Pohnpei recently participated in the U.S. Department of State IVLP Cultural Heritage Preservation Program June 19-July 7, 2017, nominated by the U.S. Embassy in the FSM.  Mr. Kohler recently assisted the FSM’s efforts in achieving UNESCO World Heritage Site status for Pohnpei’s Nan Madol ruins. As the FSM National Government Historic Preservation Officer under the FSM National Archives, Culture & Historic Preservation Office, and also the UNESCO National Commission Secretary General for the FSM, he strives to keep FSM heritage sites safe, accessible, and recognized.  The United States believes that the ancient and historic monuments, objects, and archaeological sites of the world enrich and inform today’s societies, and they help connect us to our cultural origins.

The International Visitor’s Leadership Program (IVLP), the U.S. Department of State’s premier professional exchange program, provides short-term visits to the United States that enable current and emerging foreign leaders in a variety of fields to experience the United States firsthand and cultivate lasting relationships with their American counterparts and colleagues from the Pacific and around the world.

The three week session included visits to various U.S. states to Pennsylvania, Louisiana, New Mexico, San Francisco and closing out in Washington D.C.  In these locations, participants were able to observe the different roles that local, state and federal government plays in cultural preservation across the United States. During this professional exchange program, Mr. Kohler engaged with current and emerging leaders in his field from around the world, finding kindred spirits among those who share his passion for cultural heritage. After returning to the FSM, Ambassador Robert Riley and Deputy Chief of Mission Joanne Cummings discussed the program with Mr. Kohler, who said that “It was very interesting to meet people from different countries and learn about the some of the cultural preservation work they do in their countries. One of the fascinating things I noticed about cultural preservation work is the sense of volunteerism; I noticed that during our site visits I met people that have been doing cultural preservation volunteer work for many years. I hope to see this develop in the Federated States of Micronesia, with people taking ownership in their communities to help with cultural preservation.”